This blue green water was is a in a cove in the Marlborough Sounds at the Northeastern end of the South Island.  This was our destination after leaving the wildlife paradise of Kaikoura. But to get there, were had to (I mean we just had to) travel through the wine country around Blenheim. 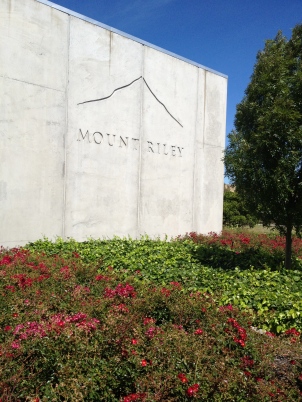 Our first stop was Mt. Riley wines, and we ended up farther up in a valley appropriately called ‘Spy Valley’ because of the all ‘spy’ satellite equipment located there. 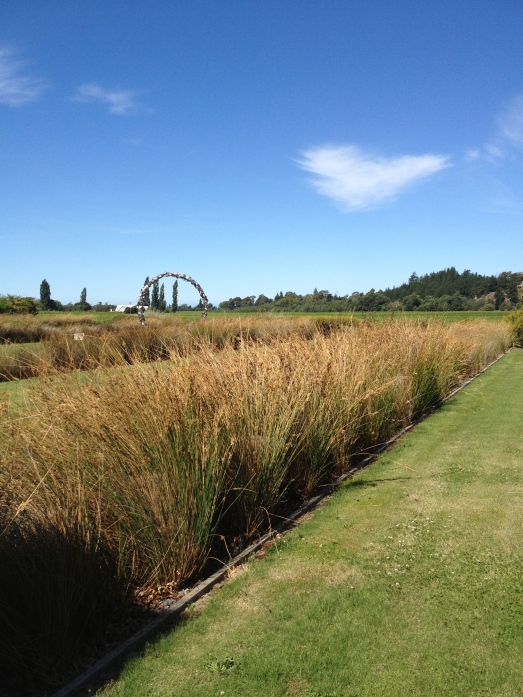 The wines were very, very good, and indeed the surrounding mountains and valleys reminded us of Napa.  It was also warm, something we hadn’t experienced (yet) in Dunedin.  We spent the night in Blenheim, and then headed to the port town of Picton, which is also the port on the South Island where the Interisland Ferry runs from the South to the North Island (to Wellington)…and vice versa.  This was also the place I got (so I found out in the mail yesterday, two weeks later) my first New Zealand speeding ticket.  Apparently whoever was driving on the 15th of January went through a radar trap, and got clocked at 107 km/hr….a whopping 7 km/hour (so, maybe 4 miles per hour) over the posted speed limit.  The ticket was $30; I paid it online and feel good about contributing to the Nz economy.   Anyway we arrived in Picton early Thursday morning, and this entire portion of the trip was a surprise for the family.  No one knew where we were going, or how we were getting there.  At just after nine o’clock in the morning, our ride arrived. 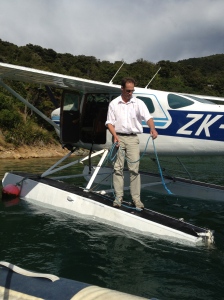 Never having been in a float plane before, Deb and boys were really excited our upcoming flight!  Especially when they saw our pilot…. 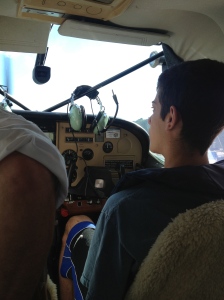 The pilot had planned to take us on a fairly extensive aerial tour of the Sounds, but said the winds had picked up a bit and he was just going straight to our destination….unless, he said we did mind ‘a little chop in the air’, and then he’d be happy to do the tour.   Having now understood the Kiwi habit of underplaying things, we took his advice and decided to just go straight to our resort.

Our destination was the Lodge at the Bay of Many Coves.  It’s a pretty amazing place which can only be reached by boat or seaplane.  A short but amazing 20 minute plane ride later, we docked at the resort and just a short time after that were relaxing on the expansive deck, with this view.

The lodge was truly an amazing place.  Kayaks, stand-up paddleboards, row boats…all free to use (and we used them all, even on our first day).  Below are a couple of pictures taken from our rooms. 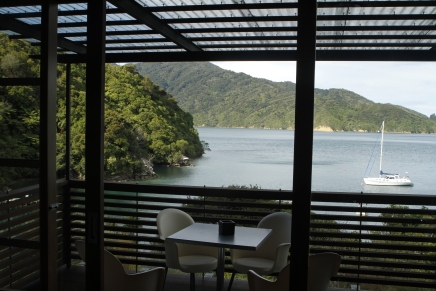 There were incredible hiking paths (leading to the Queen Charlotte track, one of New Zealand’s most famous), star viewing that left us breathless with the number of stars we saw, and several nighttime walks to see glow worms.  Glow worms (which, by the way don’t photograph well) are pretty famous throughout Nz, and if you’ve never seen them before it is truly an incredible site.  It’s most like looking up in the sky and seeing all these twinkling stars, only you are looking (usually) in caves or the side of some eroded section of earth.

And the food at the lodge was mouth watering, and every single meal was an event.  Dinners, which we usually started at about 8pm,  lasted until well after 10pm, with much laughter and talk about all the things we did that day. 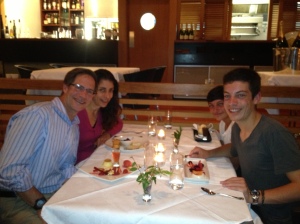 Every morning we would come down to the dining room for breakfast, to be greeted by the lodge dog, ‘Merlot’.  Merlot is a rescued dog, whose only passion in life is to have someone….anyone…..throw the rugby ball he carries around everwhere.  He has mastered the ‘sad eye’ look, and will bring the ball to your table, set the ball at your feet, and then look up at you with eyes that say, ‘Please, just throw the ball one more time?’. 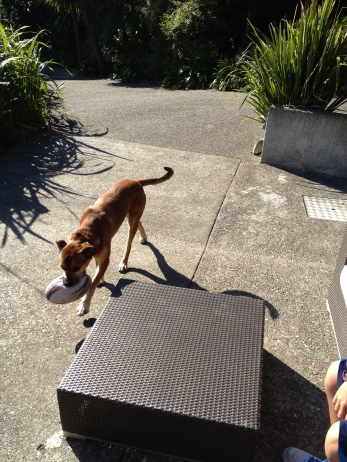 Whenever it got quiet around the lodge, we knew Matt had gone swimming.  He’s part fish, that boy, but he comes up with the most unusual things during his water excursions.  This is a giant mussel he pulled out of the deep.  And for those of you who don’t know my little 13 year old Matt, his feet are now a half size larger than mine at 10 1/2. 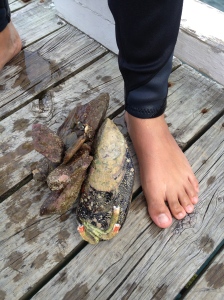 One afternoon a Southerly wind began to blow (read, cold), and these spectacular cloud formations appeared.

But they blew over just as fast as they arrived, and we were shortly back on the water.

We were so sad to leave the lodge, and vowed to come back.  We took a water taxi back to Picton, and then boarded the Interisland Ferry to Wellington.  It was a beautiful day, and cruising through the Sounds, on the way to the Cook Straight which separates the South and North islands, was magnificent.

As were exited the Sounds (which were very calm because they are so protected) to the open water, there was an announcement.  “The conditions in the Straight today are LESS than favorable.  Passengers who might experience sea sickness should drink cold water and remain outdoors.”  Deb heard this and looked at me.  I went and got some cold water for her.  The boys were inside playing video games, but lasted only about 20 minutes before they, too, came outside looking somewhat green.  The seas were pretty rough (no one in our family actually got sea sick, but we saw PLENTY of people who did).  But, out on deck we made friends with many a local Kiwi, who assured us, “Hey, this is NOTHING!  You should do this in winter when the seas really get big…like 7 meter swells!”  Yep, sounds like fun.

We endured the three hour crossing which was even more beautiful on the return trip three days later when the seas weren’t so rough, and landed in Wellington and bright sunny day.  I left out the word ‘windy’ because it’s always windy in Wellington.  We had a great in this city that so reminded us of San Francisco.  Deb and I went up in the ‘cable car’ to the hills surrounding the city and spent a couple of hours walking through the park there. 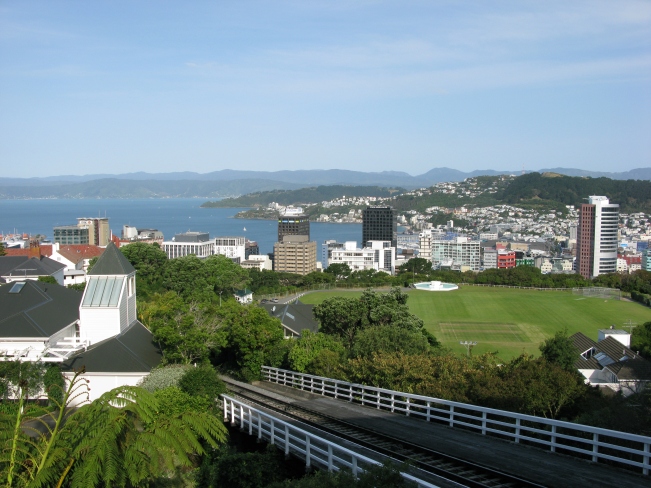 We went to the great museum, the Te Papa, and also the Saturday market which was held just outside in the museum parking lot.  It was a huge market, and all kinds of food and drink. 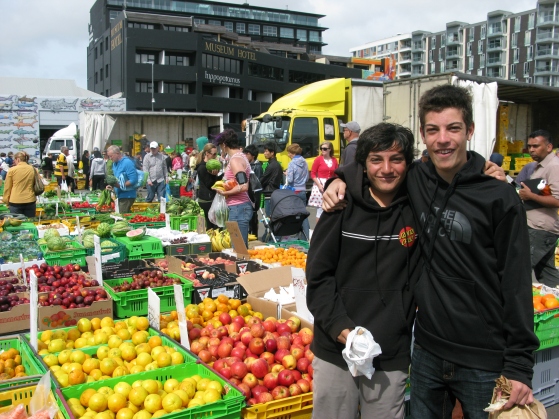 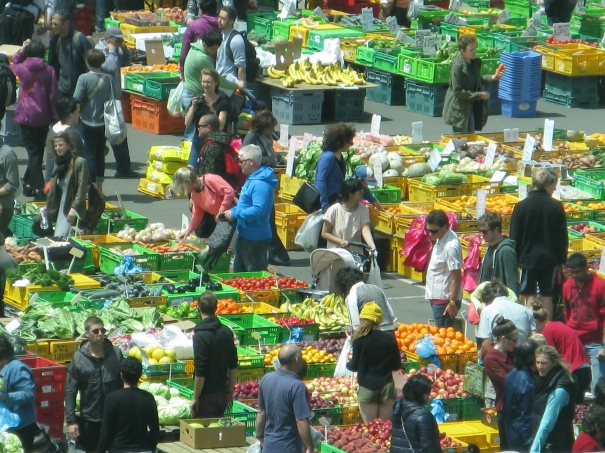 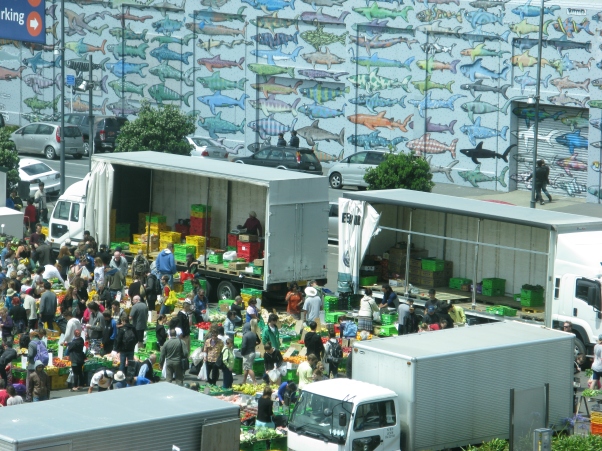 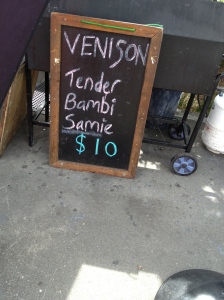 We also walked around Cuba street, which is quite an experience.  Very eclectic! 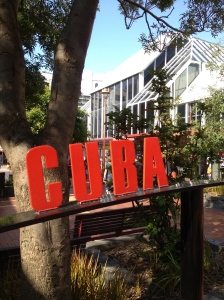 This is a coffee shop called Midnight Express, and they had the best coffee and vegan pastries! 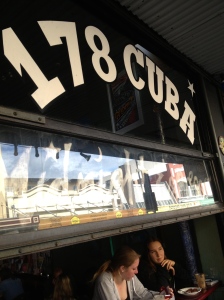 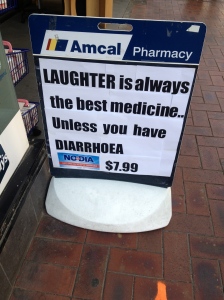 Next stop,  Kaiteriteri and the Abel Tasman Park….